Thoughts on Lenses or lack of them Part 1

Talking extempore on the phone so to speak may not be the best way of giving thoughtful advice or being thoughtful at all so it occurred to me that I’d better think of what I was saying a little bit more reflectively.

At this time I thought of taking up the ideas I had about lenses. Now I suppose most photographers take an interest in lenses for granted but it seems to me that there are a number of things to think about.

First of all you can have the obvious point that it’s no use having a sophisticated or well built camera with a poor lens. Whether there are any poorly built cameras around now is a question.

At the simplest level you can think of camera lens combinations such as Zenith/Jupiter or Praktica/Pancolor which in my personal experience exemplify the excellent lens with less than excellent bodies.

Today it’s swung the other way a bit perhaps. And I’ve been motivated to look further at the advice I gave concerning kit lenses supplied with DSLRs, a few alternatives and even some historical perspectives perhaps to rethink how there are differences in practice today with digital imaging.

I thought to begin this it might be worth taking a trip down memory lane. Of course a lot of photographers that I know are out there were not even born in the times that I’m thinking about and even for me it’s half a lifetime away.

Nevertheless I hope you’ll bear with me as it should throw light on lenses.

I have in front of me as I blog a Spanish edition of the Focal Guide to lenses titled Los Objetivos – Una guia para aficionados. It’s written by Leonard Gaunt published in Barcelona and the year is 1978. The photos come from a number of different photographers such as Ed Buziak, Francisco Hidalgo, Raymond Lea, Michael Barrington Martin and Michael O’Cleary.

For copyright reasons I can only give illustrations with a couple of my own photos from this book which I think indicate some of my thoughts on lenses then and now pretty well.

The first picture is a picture of a fireman rescuing a little girl and is a copy of an old book illustration. 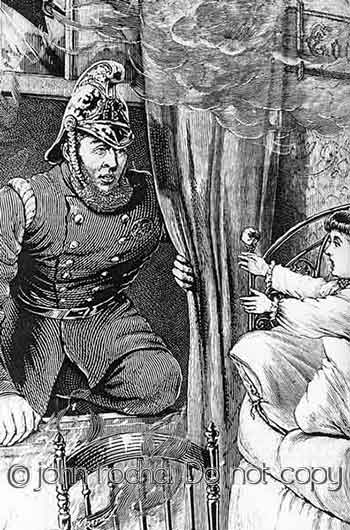 The second picture is of a mosaic taken from the city of Trier in Germany – then West Germany – which has many fine Roman remains. 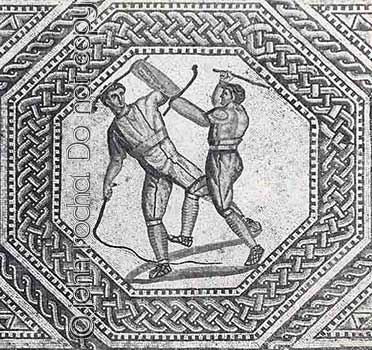 I think it’s worth pointing out the captions:

The picture of the fireman states that this would be a fine picture for a macro lens but is in fact taken with a standard lens.

The mosaic caption has a slightly different slant: It emphasizes the quality of modern optics pointing out that the picture was taken with a relatively cheap 29mm lens.

There are a couple of points I think to talk about which might make more sense as we go along.

Both of these pictures are monochrome and are in some sense of flat objects. Both of these images benefit from overall sharpness. Clearly the mosaic is not completely flat but the book illustration is.

Now I’ll tell you straight away that in order to put the picture of the fireman and the little girl on this blog I didn’t look through my archive of negatives, or even my scans of negatives. I certainly didn’t take a roll of Kodak Technical Pan and a high contrast lith style developer and shoot the image again. I simply put the book into my flatbed scanner.

I think this illustrates one of the points. When I am asked to provide an image of a bookplate, a postcard a beer mat or a bus ticket and many other objects of this kind that I used to photograph and publish with many different editorial features I would simply replace them with a scanned image.

Is this photography at all? Was it ever?

To illustrate this with some more pictures. 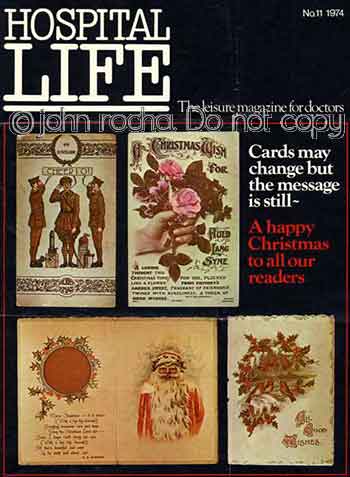 The first is my cover spread from the now defunct Hospital Life. The editor, Deanna Wilson wrote this comment: “John Rocha describes the background to the 19th-century development of the Christmas card; he also took the exquisite photographs”.

The second is a link to a modern site from the National Council for the Preservation of Plants and gardens. (click here and choose Pictures Without Cameras from the Index)

Note these are called flower pictures but I think the point remains.

How does this tie up with actually taking photographs with cameras and lenses? I’ll try to look at that in my next post perhaps combining some points about lens choice with my views on the Raw Advantage