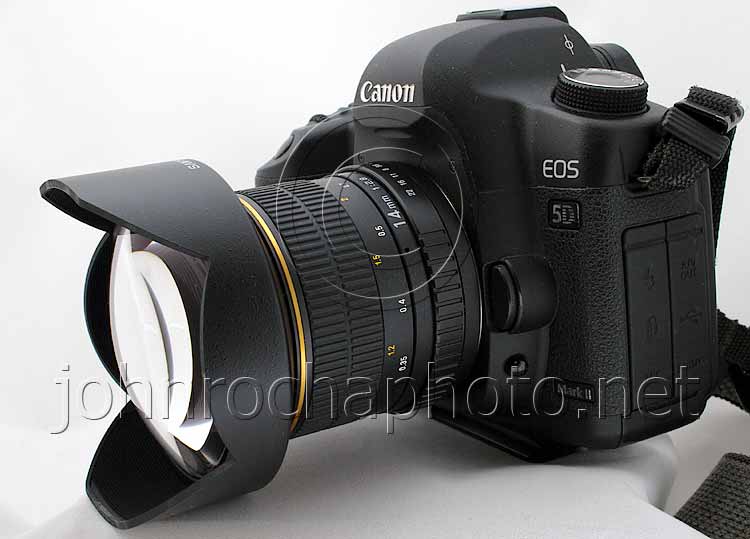 One problem that every photographer faces is:

Like many photographers I’m aware that lenses are more important than cameras when it comes to creating photographs and that a lens – while not forever – is likely to be a long term buy.

This can be an expensive business and you might find that you don’t use some lenses/bodies much.

Sometimes you have to switch camera systems.

This happened to me many years ago when Konica decided to give up SLR production.

And then the time came to look for a superwide lens.

As my standard zoom is a Tamron 28-75 lens I didn’t really want any overlap.

These are obviously good lenses but apart from the overlap they’re zooms.

Why is this a problem?

The main problem is that zooms are usually best in the middle of their zoom range.

Wide angle zooms tend to be worst at their widest angle.

Test results and reviews suggested this was true with the Canons – how ironic it would be to buy a lens which was best at, say, 30mm.

Another problem is that while 17mm is wide on a full frame camera it might not be as effective on a crop sensor camera which I often think of as a back up.

Another lens that caught my eye was Sigma’s 12-24 zoom.

One problem was that Sigma had announced a new model – I hadn’t been very impressed with the old one.

It was then that I saw manual focus fixed wide angles from Zeiss and Samyang.

I’d never heard of them but soon found that reviews for some of their lenses were good and the prices were low.

On paper the Samyang 14mm f/2.8 IF ED UMC Aspherical had a lot going for it.

The negatives, on paper, were not a great problem – the most obvious being only manual focus, manual stop down and no exposure coupling.

I started to look for reviews of the Samyang 14mm – a typical and I think helpful review is here at photozone by Klaus Schroiff.

The only really negative review I read was by Ken Rockwell – as he said, he may have got a bad sample.

The next step was to get my hands on one.

One problem was that like the Sigma a new model was announced with improved multi coating and corner sharpness.

For a while no one in Bulgaria where I live or in London had seen either the Samyang 14mm or the new Sigma.

It was some months later that I finally tracked down a Samyang 14mm in Canon fit at the Photosynthesis store in Sofia.

At last I was able to try one out.

The photographic assistant at the store, Sasho, had a moment’s problem attaching the lens as he was a Nikon user.

But he also showed some his own pictures taken with the Samyang 14mm on a full frame Nikon.

The most impressive were some kitchen photos where all the lines were straight – no sign of curvature or the moustache distortion.

It’s clear that there are software solutions to this particular problem.

I’ve had my Samyang 14mm for some time now and so I can give my opinion.

first of all, the good points:

It’s very sharp in the centre and sometimes in the corners.

It has enabled me to take photos of the technical quality I require which I normally wouldn’t be able to take.

The “bad’ points are mostly problems which can be dealt with.

There’s significant light fall off in the corners at wide apertures.

From my perspective there are two main ways of using this lens.

First is the ‘landscape’ way.

By this I mean that I use the lens on a tripod.

I make sure the grid lines are on the screen.

I put a spirit level in the hot shoe to make sure things are straight.

I usually make manual test exposures and then finally shoot with manual or aperture priority.

It’s vital to focus at full aperture and then remember to stop down to take the picture.

The results can be very good.

Sometimes the corners are not as good as I would like but there’s a reason for this which, I think, is not often discussed.

Using a lens of this kind often relies on the immense depth of field.

If your main subject is near the centre of the frame it might be at say 100 metres away.

The angle of view is so wide that often the edges of your picture will include objects only centimetres away – if you’re not careful you’ll include your feet.

Now, the fact is that every lens can only focus accurately on a single plane.

Everything nearer or further will be out of focus to some extent.

This means that objects at the extreme edge of the frame may be out of focus to an extent that even the extreme Depth of Field cannot conceal.

Then there’s the street photography way:

This is a lens that you can use very near people – they assume you’re not pointing it at them.

Then I set an appropriate aperture and use aperture priority.

To make sure I use a fast shutter speed I might put the ISO up to maybe 400.

With this combination there’s no need to focus and there’s enough viewfinder image to compose reasonably well.

And then of course there’s one other point – If you have a lot of megapixels you can afford to lose some.

This means that it’s quite possible to crop the image a little leaving between 12 – 18 megapixels and still get a good quality image.

If you do this, the lens will functions as, for example, a 17mm optic.

My conclusion is that I’m pleased with my Samyang 14mm lens.

For a small outlay it’s given me a lot of flexibility and extended the type of images I can create.

Here are a couple of images taken with the Samyang 14mm f/2.8 IF ED UMC Aspherical lens and Canon EOS 5D Mark 11 combination.

These photos were taken using a tripod, mirror lockup, self timer, liveview, a spirit level in the hotshoe and self timer with shutter fired by remote control.

My picture this week is Cappuccino with a Silver Spoon.

My picture of cappuccino is here