Getting your Photos on the Web – Free and Easy Ways

Getting your Photos on the Web 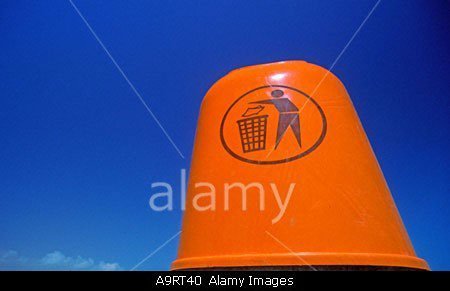 Some parts of the world are considered far flung or “exotic” and this is emphasised by tour companies and others with an interest.

I think one of the greatest mistakes a photographer can make is to buy into this concept.

The fact is that everywhere you go, in most cases, people are going about their business as usual and everyday things are going on – these are the facts of enduring interest.

…even the dreadful martyrdom must run its course
Anyhow in a corner, some untidy spot
Where the dogs go on with their doggy life and the torturer’s horse
Scratches its innocent behind on a tree.

My photo of a wastebin in Oman shows something completely ordinary in the Sultanate of Oman.

Just goes to show that you never know what will sell.

From the photographic point of view I wanted to emphasise the strong primary colour contrast and the simple shapes.

One particular point about Alamy is that photographers do their own editing so it’s possible to try photos that might not be obvious sellers.

Getting your Photos on the Web – Free and Easy Ways

Ok then, let’s look at how to get a presence on the Internet – on the World Wide Web today.

There’s quite a lot to talk about and it’s changing all the time.

After all, I was photographer long before 1989 when the English scientist Tim Berners, first brought the World Wide Web to us.

Today about 1.5 billion people worldwide are using it so there’s been a massive explosion.

And this explosion has gone together with the technology of the digital camera, digital devices and the desktop computer.

Now, when I started using the web there were, basically, two options:

One was to design a website using tools like Dreamweaver or look around for some free editors or you could pay somebody to do it for you.

Those options are still with us.

But it’s worthwhile, I think, having a look at some of the other ways that, as a photographer, you can have a presence on the Internet and I’m going to break this down into several ways of looking at it.

First of all I want to look at ways which are free and need either no skill or very little skill indeed.

That’s because one of the great problems in my experience for a lot of photographers, is that they are great photographers. They’ve had a good background in film photography, but the transition to the digital world, especially when it comes to the questions of computing, web design, and photo editing and so on is is quite difficult.

So let’s have a look at some of the free and no skill ways of having a presence on the Internet.

Now, my approach is not to review the whole thing, because I don’t have that kind of knowledge.

First of all, one of the ways of getting onto the Internet is by photo sharing.

And there are many sites which will host your photos to share with others.

Perhaps the largest, the most famous and one where I do have an account is Flikr.

which is owned by Yahoo.

Now, lots of people take advantage of these sites, and there is indeed some crossover commercial interest with agencies like Getty getting interested in the photos that appear on Flickr.

However, in my experience you need to be a bit careful – there are some pitfalls.

One is that they are almost always funded by advertising.

The advertisements that get on these sites are not under your control. You may not like them.

Read these very carefully. You may find that you have signed away some of the rights to your photos.

So I would be very careful when looking at photo sharing sites.

Another type of photo sharing is aimed more at users of certain camera users or particular types of equipment.

Now I’m a Canon user, and when I bought a Canon compact I found it gave me access to the Canon Image Gateway.

This is some web space provided by Canon, where I can put up photo albums and share them with who I like – public or private.

Now, I think many other camera makers and some other companies have this kind of facility.

Another way that you can put your photos up is by joining photo forums.

There are literally hundreds of these around.

Some are based on camera makes like Canon or Nikon, some are even based on things which are nothing inherently to do with photography at all like, for example, keeping fish in aquariums, but they have a photo forum section for specialist photographers.

If you go to these photo forums, you may very well find lots of really great photographers who you can share advice and interest with

My particular favourite in this category is a site called

One reason is that it’s Australian and that takes me to the other side of the world.

Another reason is that you are not allowed to post a photo unless you give a review or a comment on another photo first and this means that everybody has to have something to say.

which have reviews and tutorials as well.

Is a forum run by the well known American photo magazine.

If you’re at all interested in the Internet, you’ll know that there’s been an explosion in what is known as blogging.

This is a diary approach to using the Internet where the diarist or “blogger” gives an account of what they’re doing every now and then. Maybe daily, weekly or monthly.

I decided some time time ago to turn my site into a blog to make it more interactive.

Now far as free blogs are concerned, the one that I have experience of is:

WordPress comes in two flavours, and the free one hosted by WordPress has got many many advantages for photographers.

I’ll say, right from the start, that the way that WordPress deals with posting photographs is not in my opinion quite as good as it might be but it doesn’t take a great deal of skill to get round this.

The advantage of the free system is that WordPress hosts your blog and so they will update it and look after it for you.

I consider this a very good idea if you want to get a presence on the web.

Quite a lot of photographers also use what are known as

These are not created primarily for photographers .

for example, do have procedures for adding links to your websites and your blogs and for posting photographs.

(A word of warning: Be very careful what personal information you put on these sites! Do not give your credit card details for example)

So, I would suggest that if you want to have a web presence you might consider some of these free ways in which you can put your photos up on the web.

Some other ways are free but require some skill – so I’ll leave those for another time.