Getting your Photos on the Web – Free but not so Easy 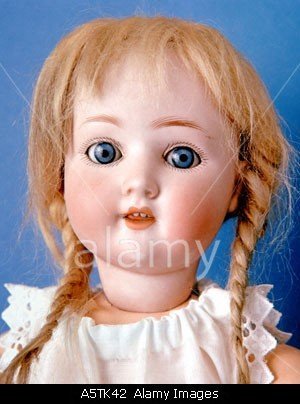 Stock photos are often all too depressingly “samey” – you know, cardboard cutouts of business people and happy families.

So I’m always pleased when I get success with something a bit different.

This photo of “Daisy” has been successful both as an editorial and stock photo.

Exactly why I don’t know.

Perhaps it’s because the image is intrinsically attractive.

Perhaps because the object is quite valuable.

Perhaps because the picture is exclusive.

One peculiar aspect of this and others that come from the family collection is that I have to, in principle, make up a property release for myself.

And so back to the current theme of getting your photos on the web.

I’ve found myself a bit too busy to blog lately.

After all, we live in very stirring times and I decided like many other people and many photographers of course to take stock of some of the ways that I live my life and look after business.

Partly that has been forced on me like it has many other people because there really isn’t much business around.

Now photographers suffer from what is called the credit crunch, just like everybody else so I was very interested to read a report via the EPUK news letter from Black Star Rising Contributer, photographer Sean Casey, which gives some tips for photographers to deal with the downturn in business.

I think this does relate to my topic because I have been looking at getting your photos on the web.

I suppose anybody reading the blog can say, “Ah. well there’s a very easy way of doing this and that is to pay an expert.”

However as you can see from Sean’s post there is a case, however peculiar and desperate it might be for what you might call “in sourcing” that is doing it yourself.

Now, I have long had a suspicion about websites which are built for photographers who know nothing about web design by web designers.

This is in my opinion, what often happens:

A very ignorant person, in this case a photographer asks an expert – here a web designer – for help.

Because the photographer is ignorant he or she can’t really specify what they want and don’t know exactly how to ask for what they want.

So, they leave it to the web designer.

Web designers often like to show how good they are at web design.

In my opinion, the results are often dreadful – very complicated long, flash based intros, slow down loading times and a need for extremely fast connections – yes you’re getting your photos on the web but at a price .

So I really do think that there is a case, even if you do not intend to build your own website or have your own web presence designed by yourself in some way, to at least look at some of the basics.

So here I think it’s about getting your photos on the web for free but where some degree of skill is needed.

For this in my opinion one of the traditional ways now is to look for a free website host provider.

There are lots of around, almost all of them have some advertising.

The only place for advertising on your own site is advertising things that you want to advertise and talk about.

Clearly nothing could be worse than getting your photos on the web surrounded by adverts for fake watches or some other product that had nothing to do with photography.

I think that one of the reasons for having a website on a free Host is that you can use it to experiment.

It means that you can learn to use a bit of HTML.

You can work out how things would look and at the very least would then be able to brief your web designer better.

There’s one other thing, I think I should say at this juncture, and that is that there are a host of new products appearing which are free and are very interesting.

I haven’t tried them and the reason for this is that I have finally made up my mind to create a blog based site.

This has good and bad points.

And it means you’re not likely to have one of those flashy sites but more of that later.

In my next post I’ll briefly discuss two free resources that I have found helpful.