People in the Picture 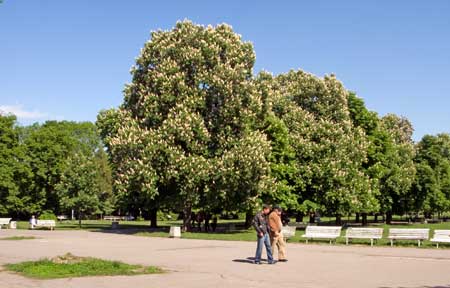 Is this a travel photograph?

I suppose it depends if you believe that a travel photograph can be taken, where you live, even more or less just across the road from where you live in your own backyard so to speak.

This is something I think worth thinking about because the stereotype of travel photography is where somebody visits some far-flung location and brings back pictures to their home turf.

Now, obviously lots of people live in these places and quite likely there are photographers living there too.

And if you go to any country – go to Greece – go to Italy – go to China anywhere you’ll find that the local photographers have been busy.

Many manuals on travel photography advise you to look at the local postcards so that you can see the standard views.

Really, that’s just a thought, but I’m not dealing with this photograph just as whether or not it’s a travel photograph but because there are people in the picture.

You can have a lot of views about having people in the picture.

I suppose many of you have stood in front of some well known world site – I well remember many years ago standing in front of the Nine Dragon Screen Wall in the Behai Park in Beijing in China while crowds and crowds of local Chinese stood in line to have their photographs taken.

Sometime they roped me in to photograph their groups.

And I was just hoping there might be just a moment when I could take a photograph with nobody in it.

As it happened I was successful and I was quite pleased about this because I wanted a photograph simply of the wall itself.

I also remember many many years ago when I was very young photographer, and I was a member of various photographic clubs and societies, and there was a lot of discussion there about how people brought scale to the picture.

How people in the picture in just the right position would make image.

How the right kind of people for example, some old peasant walking down the track in Tuscany rather than somebody in jeans and a baseball cap would give the appropriate local colour.

I also read in the photo press about how successful photographers would take their family members around with red coats on so that they could ask them to pose discreetly in various parts of the picture.

All of this deals with what you might call the aesthetics and integrity of photography.

This blog is at least partly concerned with Stock Photography.

One of the great problems in Stock Photography is people in the picture.

The stock photo that is the most successful is the one that can be used in every possible circumstance. It can be used in both editorial contexts – that is in newspapers and magazines where it is considered reasonable and acceptable to have people in the picture going around their everyday business and they have no cause for complaint and in commercial contexts.

If, however, a photograph is used in a more commercial context and particularly in advertising, then you simply can’t have a photograph of a recognizable person unless that person has actually given their consent to be photographed and has a clear understanding of the particular rights of the photographs.

Let me give you an example.

I remember reading of a photographer who had not done this when he described how he took a picture of his friend, a young woman, and later on, it was published in a newspaper with an advertisement for birth control pills.

If I remember rightly this young woman was a devout Roman Catholic and she was very very unhappy about this and quite rightly so. Being a friend she didn’t sue!

So the rule is no people in the picture, unless they have signed a Model Release.

A Model Release is a legal document, where people clearly and explicitly say that they have agreed that the photograph can be used in certain contexts.

Quite often the contexts have to be specified quite clearly.

Now, it’s fairly obvious there are going to be some problems if you go in for people photography.

On the other hand, even if you could talk to them and get them to sign a form it might be very, very difficult unless the form were in a language they understood.

And this is where there’s only one or two people.

When there’s a whole bunch of people it’s clearly quite impossible to get a model release from all of them.

So one of the things that you sometimes have to do is to see how you can take a photograph with no people in it.

My photograph has I think three people in it.

Usually the rules of commercial photography are that the people should not be recognizable.

(Anybody who has seen the cult Antionini film, “Blow Up” with David Hemmings playing the fashion photographer will know that recognizing people in photographs taken in parks can be quite a tricky business.)

If we take the three people concerned in my picture, you might argue that the figure sitting on the bench on the left could not be recognized but I would not want to be on the receiving end of a legal argument on that.

The two men walking along the path in front of the trees are clearly recognizable.

Now the question is, how can we get rid of them?

There are whole range of choices and some of them are made possible only now that we have come to the age of digital imaging.

What are the options now?

Once again, I could wait.

The trouble with waiting is that while some people disappear from the viewfinder frame, other people soon appear and if your pictures takes in a very wide sweep, it’s really quite difficult to wait for a moment when there are no people in the picture at all.

If you have somebody sitting on a bench, and you don’t want them to be in the picture, one of your choices is to wait until they move

This might be a very long time and meanwhile of course, the whole lighting situation might have changed.

If the people are walking along it seems to me that there are a number of options that you can take.

The most obvious way of dealing with people in a picture is to use various copying and cloning techniques to take them out.

This needs quite a high level of skill and if the people are fairly prominent in the picture it really isn’t easy to do this in a way that makes it absolutely undetectable.

So, I think that now that we have digital imaging there might be other ways of dealing with this problem.