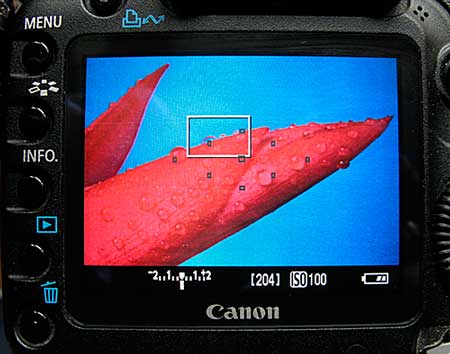 Like a lot of photographers, when I moved from film to digital I had to learn some new things.

Some of the camera makers tried to make this easier by pretending that digital cameras were just the same as film cameras, hiding all the new stuff under old style bodies.

Problem is, that this made me neglect some new style, digital only features.

At the beginning I tended to concentrate on the negatives, the small size pictures, the reliance on batteries and the viewfinders designed mainly for auto focus.

But there were completely new features and liveView was one of them.

It’s possible to use liveview in different ways – often like a sophisticated compact camera, but I tend to use it with my camera on a tripod and manual focussing.

So what are the keypoints?

I used to use a Bronica film camera with a waist level finder – and liveview gives something similar.

One other thing I’ve been re-thinking is my back up system. Backup is boring.

It’s so easy not to have a backup plan and there’s no problem until your disk crashes or everything is stolen or burnt down.