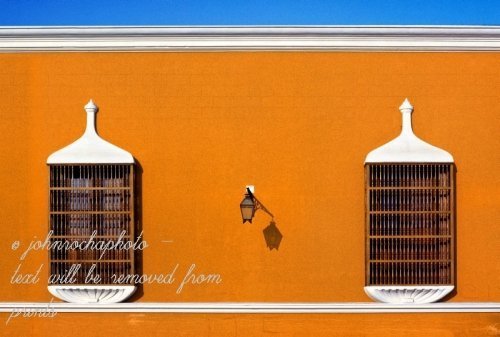 Windows of the Reserve Bank in Trujillo, Peru.

The Decorated windows and brightly coloured walls of the Reserve Bank in Peru.

If you want to buy a print, card or poster of the Reserve Bank windows go to Fine Art America.

Photo Comments:
😉 >>
I’ve commented before on how easy it is to look for the so called exotic when travelling and ignore the every day.

Trujillo is one of the most historic and picturesque towns in Peru. It was founded by the Conquistadores and was twice capital of Peru. It was headquarters of Simon Bolivar the great independence leader and is still the third largest city in the country.

Of course I visited the great nearby ruins of Chan Chan the capital of the Chimu People and the world’s largest adobe city.

Still I also wanted to cover everyday life and was particularly attracted by the brightly coloured buildings.

I had no idea this was a bank when I took this photo.

Even when I’m concentrating on the colour combinations in a photo I try to incorporate design elements and here I was struck by the horizontal and vertical lines.

My main problem in Peru was getting enough suitable film and keeping it in good condition.

I shot this photo on a Bronica medium format film camera and later converted it to digital on a Minolta scanner.

Digital is Different – Three Cameras in One. 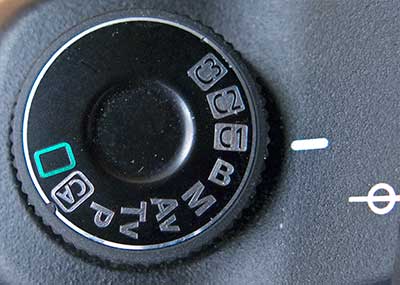 This is how it used to be:

A 35mm film photographer had to take at least two camera bodies around. Maybe one for slide film and one for black and white monochrome or one with a wide angle lens and one with a normal or telephoto lens.

To make matters worse, the colour and black and white film had different ISOs and the only variables were by specially processing the whole film.

So what’s the point of this today?

Well I’ve found that although it’s not always obvious, some digital cameras are really several cameras in one.

With my Canon 5D Mark 11 this is based on the Customs Functions (and to a lesser extent the My Menu) settings.

The choice is bewildering but it enables each photographer to choose, in effect, three different cameras.

Just as an example:

I enjoy walking in the mountains here where I live in Bulgaria. I’ll often take a monopod or a tripod with me.

This means I need two cameras:

One camera is to capture everything around me as I stroll and another for more considered landscape work when the shadows lengthen.

For landscape work and possibly for other types of photography involving a tripod I’ll be looking to have a combination of a low ISO, manual exposure, manual focus and mirror lockup up.

This combination can be set up every time I want to use it but it’s quite a while to go through the menus and it’s easy to miss something.

Another problem is that it’s easy to forget to reset it all which can be frustrating.

So why not choose your second camera and set everything as a Custom Function?

Only problem then is remembering which is which.

2 Responses to Bank in Trujillo, Peru