A Dog as a Travel Photograph

A Dog as a Travel Photograph 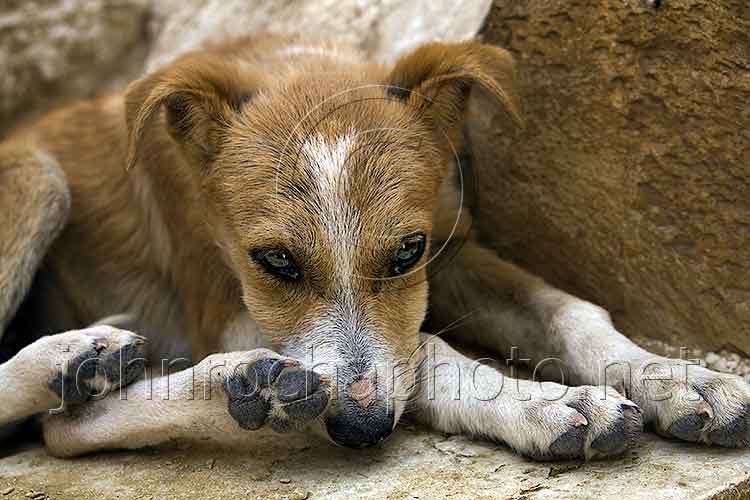 A Dog Resting at Luxor

This is another shot from my recent Egyptian trip.

Perhaps this is the real travel photograph,

Of course looking at this photo. It doesn’t really give you any idea of place so does it qualify as a travel photograph?

Is this dog a particular type of dog? I don’t know. Is there anything about the location that shows where the dog is?

As it happens I was walking through one of the many thousand year old temples near Luxor when I saw this dog walking behind me.

As it clambered on the stones there to have a rest I thought I would take a photograph – I even had time to change to my macro lens and the lighting was pleasant and defused.

Perhaps this dog was a stray dog or maybe it was attached in some way to the administrative staff of the Temple.

So from my point of view, this is just as legitimate as a travel photograph as the photograph of the great Sphinx at Giza.

The problem is that it’s not immediately apparent to the viewer as a single shot that there is anything particular about this dog.

It is just conceivable, although I have no idea, that this is a type of dog found only in Egypt, but as I say I don’t know about that.

I believe that travel photography throws up many many dilemmas of this kind. It’s so easy just to shoot the obvious great sites.

Speaking of course from the purely commercial point of view, if you go to a location such as Egypt, where at least for a lot of the year, the lighting is fairly constant, and if your time is limited anyway, so you can’t choose much concerning what time of day you take photos or indeed in the night, you may very well find that the photographs you take are very similar to those taken by many other competent photographers.

An obvious question then is why should anybody buy your version rather than one of the others?

There are of course some equally obvious answers to this question.

Perhaps it’s the only picture of this particular view sold through your particular agency.

Or maybe there’s something about your photograph that makes it a little bit different.

The dog on the other hand had come to rest for a little while so it’s only for that relatively short time that that particular travel photograph will be available.

Anyway that’s one or two thoughts on travel photography and perhaps, just to wrap that up just for the moment, at some point I ought to have a look and see what makes what is from one point a very standard picture of the great Sphinx at Giza just a little bit different.

I give one other clue .

As I said on this blog, in the past I used to use medium format equipment based on the Bronica system. And perhaps because of that I have quite a hankering for the square format.

However, shooting square format on a digital SLR greatly reduces the pixel count. Or does it?

2 Responses to A Dog as a Travel Photograph